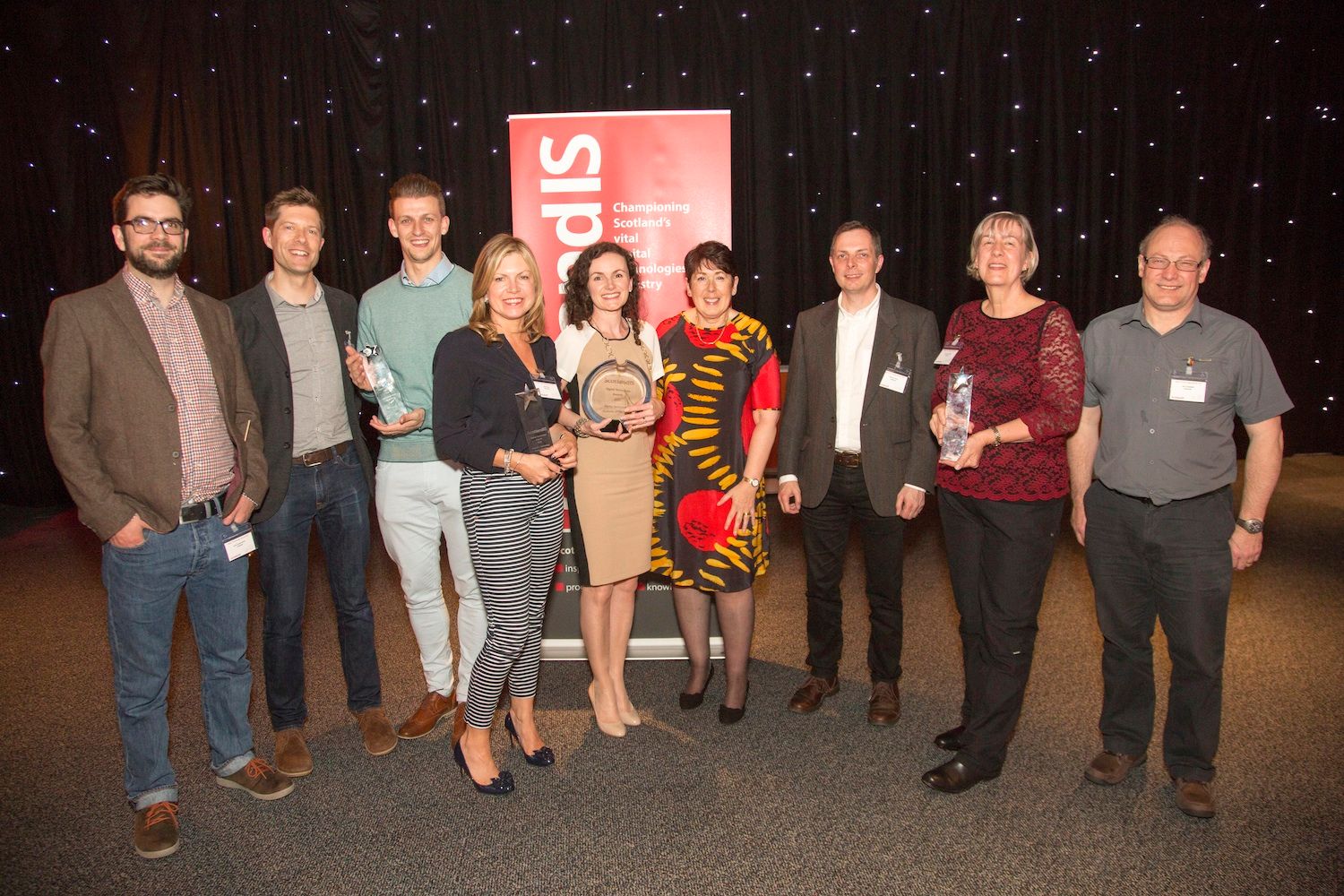 Hot Tin Roof worked with ScotlandIS for six years. Appointed to develop an identity and raise the profile of Scotland’s tech trade body, the organisation faced a number of challenges. Despite its dynamic CEO, it lacked a strong external face, there was uncertainty over its role and purpose plus it was losing share of voice to other organisations in terms of commentary and thought leadership opportunities.

Hot Tin Roof hit the ground running with a series of high profile media campaigns, built around the theme ‘Think Big’. Punctuated by key annual events and milestones, we used Scotsoft (their annual industry conference), Digital Awards and the ScotlandIS industry survey to help the body stand out. Each campaign included press releases, thought leadership pieces and both reactive and proactive comments in the press, with the agency story spotting opportunities for comment.

Building the profile of CEO Polly Purvis was a key element of the campaign. She became a highly visible spokeswoman for the industry and was able to shape the direction the sector was taking in Scotland. We supported Polly and her work by raising awareness of key issues on which she could comment including the skills and gender gap. This included the buzz around the opening of CodeClan which was part of the Scottish Government’s Digital Strategy.

We worked closely with stakeholders and partners including Scottish Enterprise and the Scottish Government to get technology and the digital skills gap on the agenda.  We ensured ScotlandIS was closely involved with the establishment of The Data Lab and the UK Government Tech Nation Report. We delivered press releases, case studies, op-eds, interviews, speech writing, presentation training…and so much more.

Hot Tin Roof positioned Polly Purvis as the voice of the tech sector in Scotland. Our media training and profile raising ensured Polly was regularly interviewed on BBC Radio Scotland, STV and Radio Forth. We ensured she was profiled in print titles ranging from the Herald to Holyrood Magazine and commented in key influential and sector titles like Tech World and Computer Weekly.

In an average year, we secured over 170 pieces of impactful coverage for ScotlandIS. These included comment pieces on issues including Brexit, Scottish Parliament election, digital skills gap and hot tech trends ranging from fintech to VR.  Multiple broadcast interviews were secured for Polly alongside coverage in national, local and tech media titles ranging from The Times and BBC to Tech City News and The Register. We created coverage opportunities for ScotlandIS members and set up 1-2-1s with media across Scotland.

“Hot Tin Roof played a key role in our campaign to tackle Scotland’s IT skills gap. Working together we have raised awareness of this important issue, with powerful thought leadership and news stories published across outlets including BBC, The Scotsman, Times Educational Supplement and Holyrood Magazine. The team are professional, proactive and have a very good understanding of our sector and the media – I am happy to recommend them.”  Polly Purvis, CEO of ScotlandIS