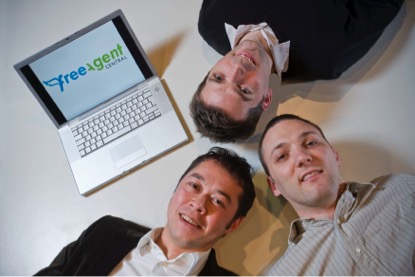 After a Digital Marketing Meetup, Hot Tin Roof met Ed Molyneux, a then ‘man with a plan’ and a big idea. He was building a product called FreeAgent, to democratise accounting for the small business owner. Despite its ambitions to disrupt the accountancy profession, it was an unknown startup so initial media feedback was lukewarm. Software and Accounting at the time the company began were a hard sell to business desks, which were focused on ‘hard news’ like the latest Lloyds shareholder meeting.

Against a backdrop of credit crunch and global market meltdown, FreeAgent was effectively a one man band with Ed working full time in the business and his two co-founders still working in other jobs in London. PR was essential to establish reputation and earn credibility. Hot Tin Roof developed a campaign to educate the media about the value of online accounting before the term existed.

The harder the small business was hit during the recession, the stronger our messaging became around freelancers and SMEs being the ‘engine house of the economy’. We positioned FreeAgent as helping companies to fight the recession head on.

Over the next four years, we kept up a steady flow of press releases and case studies with ‘listicles’ on subjects like the three top traps to avoid this January with the VAT increase; ten top tips for the year end and the three myths of book keeping. All content was shareable on social as a key component of the strategy.

We brought Jemima Kiss and Aleks Krotoski of The Guardian to Edinburgh to meet Scotland’s digital media scene, including FreeAgent. The three founders had strong stories to share –  Olly had worked in the City writing algorithms for hedge funds, Rowan was a doctor of Astrophysics and Ed had been a fighter pilot in the Air Force for 11 years.

In just two years, FreeAgent was listed by The Guardian in The Tech Media Invest Top 100 and had been nominated for web app of the year by .Net magazine. Every time they achieved a milestone, we ensured our contacts had the story first.

We took FreeAgent’s exceptional word-of-mouth reputation and amplified it through the media. After four years with Hot Tin Roof, the company took PR in-house and just 10 years after we launched the business, it sold for £53 million to RBS.