So FreeAgent sold for £53million. The news spread through Edinburgh like wildfire – everyone heard.

This blog is my story – rambling in places, but please indulge me – about my time with FreeAgent and the role PR played in its launch and formative first four years.

In 2008 Hot Tin Roof was asked by Ed Molyneux to give a presentation to the Digital Marketing Meetup on Digital PR. Ed was the advance guard of FreeAgent and had just arrived in Edinburgh ahead of Olly and Roan. He had been asked by Nigel Eccles, then of HubDub (what would become Fanduel), to stand in for him.

Hot Tin Roof had just launched an online PR service and we were experimenting with integrating social media into our campaigns. Our presentation was given by Chris Welton, our newest recruit, who’d joined straight from university and who helped guide us into a whole new world of social media. 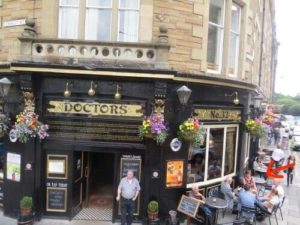 After Chris’s presentation we all went to The Doctors for blethers and pints. Ed told me about the new product he was building called ‘FreeAgent Central’ and his mission to democratise accounting for the small business owner. We talked about PR and what we could do to help him get ready for launch.

When we met again in Hot Tin Roof’s boardroom – and yes I’m still in that office 10 years later – he took me through a power point presentation – the blueprint for the disruption of the Accounting profession. I still have it. Indeed I looked it out when I started planning for PingGo in 2013 and FreeAgent is still the inspiration for me. If Ed could disrupt such a traditional and ancient profession, surely I could shake up PR just a little?

In my research for this blog I’ve gone back down memory lane to see what we actually did for them. And having worked with many, many startups over the years, given how it all turned out, FreeAgent strategy, the emails and monthly reports make for interesting reading.

The launch press release we did in November 2008 was rejected by all the dailies – my call notes say it ‘looked like too much of an advertisement and not hard news’. Another liked the story and loved the picture, but had just been at a Lloyds shareholder meeting and ‘there is just too much heavy banking and financial news at the moment to give it space’.

It was Colin Donald at The Sunday Herald who saw the potential for this fledgling business and covered the story.

We worked with Ed on his own until he built a team and finally took PR inhouse after four years. From the start FreeAgent was a hard sell with the media – Software and Accounting – not a killer combination for the average business desk. On the face of it, not a story that would set the heather alight. It seems crazy now that no one would be interested in FreeAgent.

Hindsight of course is a wonderful thing. What is important is to have faith in your vision and act like the Unicorn you expect to be, using PR to punch above your weight. For the first year or so it was just Ed on his own in Edinburgh. It was not until later that Olly and Roan were able to leave their jobs in London and join Ed in Edinburgh.

It took persistence, tenacity and sheer bloody mindedness to wear the media down (or ‘educate’ as we like say in PR-speak) and get newspapers and trade press to cover FreeAgent and this new idea of online accounting. But that’s how PR works. It is slow and takes time to build credibility and reputation. If a journalist doesn’t cover you first time. Don’t give up. Go back again and then again.

I remember sitting in a coffee shop in Leith with Ed and showing the editor of CAMag the software – earnestly telling him this would change the way small business – the engine room of the economy – do their books. He was polite and listened but he still saw online accounting at best, fodder for a feature, something of interest, rather than straight news.

Of course all this was happening against the backdrop of the credit crunch and global meltdown of the markets. Jon Snow would appear on TV every night with horrific stories of ‘bailouts for banks too big to fail’ and the collapse of high street giants we thought were untouchable. For a while it felt like this was the end of the world with the pundits talking about ‘depression’ rather than ‘recession’.

Back in Hot Tin Roof we lost 50% of our business over night in 2008 and six months later, having built it all back up we lost 50% again. What clients remained were in the technology sector – they still had the budgets and were still getting investment.

FreeAgent was one of those companies that rode out the recession. Indeed the DIY ingredient in their business model combined with the emergence of SaaS – Ed was the first person I heard say the words ‘software as a service’ and ‘cloud’ – made them recession proof. 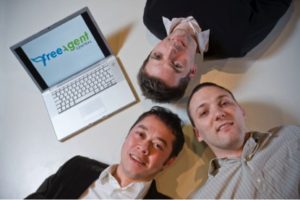 The harder small business was hit the more we were able to talk about freelancers and the SME being the ‘engine house of the economy’. We were helping companies to fight our way out of recession.

Over the next four years we kept up a steady flow of press releases and wrote countless case studies of FreeAgent evangelists pushing the core message “it makes me feel smart about my finances!”

We wrote our first ever ‘listicles’ for FreeAgent – the three top traps to avoid this January with the VAT increase; ten top tips for the year end and of course the three myths of book keeping. At the time this was a very new type of article – shareable content for social.

We brought Jemima Kiss and Alexis Krotowksi of The Guardian to Edinburgh to meet Scotland’s digital media scene, including FreeAgent. And of course the three founders were a great team to do press around. Olly had worked in the City writing algorithms for hedgefunds, Rowan was a Dr of Astrophysics and Ed had been a fighter pilot in the Airforce for 11 years.

By 2010 FreeAgent was listed by The Guardian in The Tech Media Invest Top 100. As well as the Telegraph High Growth Index for privately-held UK firms and nominated for web app of the year by .Net magazine (the press release proudly states that last year’s winners included Stephen Fry, Twitter and DropBox). FreeAgent was in good company.

And every time a milestone was achieved – we pumped the story out to the press. We even managed to get the bold Mike Butcher to write about them in TechCrunch. No small feat. One of the last stories we did for them before they took PR inhouse was a ‘TaxMan’s April Fool’ in the Guardian. It was a good one to go out on.

PR can seem like a luxury when you are starting out – and it is a big investment. But Ed and his team were astute. They knew they needed to establish reputation and earn credibility. They had extraordinary loyalty from their community and they focused on building that community – engaging with their customers very early on.

What we did with PR was take that word of mouth reputation and amplify it through the media. From day one FreeAgent acted like the £53 million pound company they believed they could be.

If you have a high growth startup and would like to start out on the right foot – just give us a call. We’d love to do another FreeAgent.