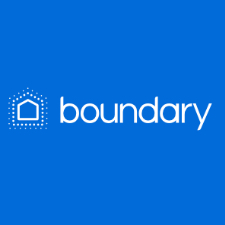 Two technology entrepreneurs who sold intelligentPOS to iZettle are unveiling a fundraising round as they prepare to launch their wireless smart security system.

Robin Knox and Paul Walton sold their previous business in 2016 to Swedish payments firm iZettle, which in turn was bought by PayPal last year for £1.6 billion.

Knox and Walton are now launching a £50,000 fundraising campaign on the Kickstarter crowdfunding website ahead of the public release of their Boundary home security system in March 2020.

Customers can control the Edinburgh-based company’s technology using an app on their mobile phone, bringing security alarms into the arena of Hive central heating controls or Sonos music systems.

Boundary offers optional cellular back up by linking to the mobile phone network, allowing homeowners to be alerted about intruders even if the criminals cut their phone line and broadband connection.

The system brings neighbourhood watches into the 21st century by giving customers the option to send mobile phone alerts to friends or family living in the area.

Users will be able to control the system through digital assistants such as Amazon’s Alexa and Google Home, as well as integrating it with the Philips Hue lighting system, so that lights are switched on automatically if an intruder is detected.

The company has developed its product with experts who designed products for Bosch, Ericsson and Flymo.

Product design consultancy i4 has created hugely successful consumer products including Flymo’s UltraGlide lawnmower and T-Mobile’s 3G broadband modem, while the founder of product developer Invent, Design, Build (IDB) has a track record that includes work with Honeywell and Ericson.

Users can either buy an “off-the-shelf” version and fit it themselves or have it professionally fitted, with additionally services available for a monthly subscription include 24-hour monitoring with police response.

Alternatives available to the smartphone app include a traditional alarm code or a key fob.

Robin Knox, Chief Executive at Boundary, said: “I was inspired to create Boundary while I was on my honeymoon in America.

“I realised that if someone broke into my house while I was away then I could watch them on my security cameras – which were already connected to the internet – but I wouldn’t be able to do anything to stop them.

“Boundary gives homeowners that kind of power, either through systems they can monitor themselves or through a more comprehensive services that’s linked to the police.

“The European home security market is forecast to be worth $13.8 billion next year and is growing by 18% annually, with between 800,000 and one million systems being sold in the UK alone each year.

“This is a market that’s ripe for disruption, repeating the success we enjoyed with intelligentPOS.”

Paul Walton, Boundary’s Chief Technology Officer, added: “Gone are the days of alarm systems simply being a box with a flashing light stuck onto the side of your house.

“Criminals are becoming more sophisticated and homeowners need to stay a step ahead.

“Being able to control your home security system in the same intuitive way as your central heating or music player will help to give you the edge over intruders.

“Boundary can even remind you to set your alarm when you leave the house.”