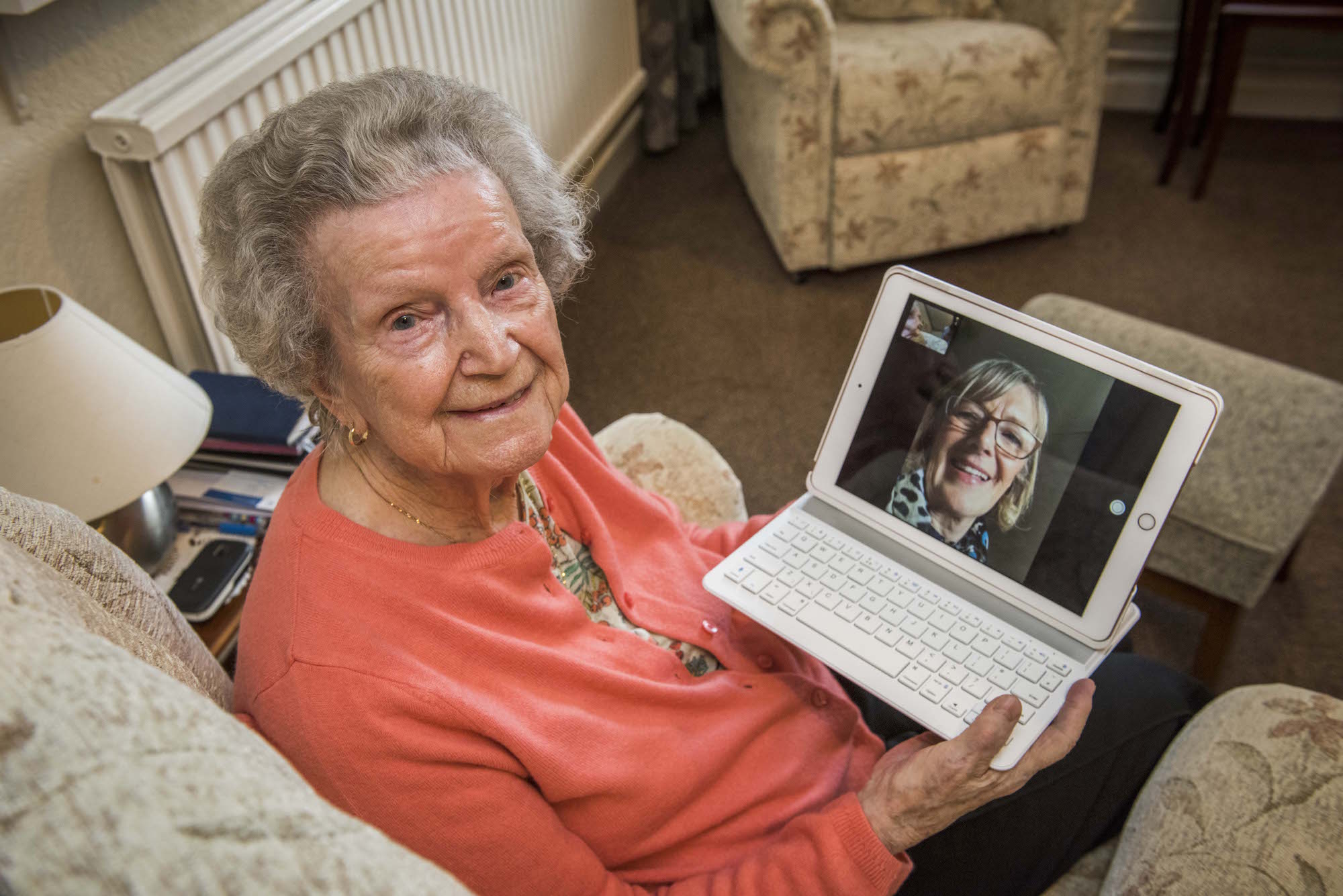 Viewpoint housing association has partnered with local charity and training provider Tap into IT to give its tenants the digital skills they need to enrich their lives through technology.

Edinburgh’s Lord Provost will today celebrate the achievements of the 400 members of the city’s older generations who have learned invaluable tech skills thanks to Tap into IT – 167 of which are Viewpoint tenants.

Councillor Frank Ross will present certificates to representatives of users and volunteers from each of the 3 computer clubs that have been part of the Viewpoint programme. This will take place at a birthday tea party in Viewpoint’s housing on Gillespie Crescent and will mark the first anniversary of Tap into IT registering as a charity. He will also launch the charity’s new website.

The Lord Provost will learn from the participants about the benefits a good relationship with the internet has brought to their lives, ranging from keeping in touch with family and friends through social networks to accessing online services such as ordering repeat prescriptions or accessing the Council website.

Gaining confidence in carrying out online tasks not only keeps older people in touch with their loved ones but also helps them to indulge in their hobbies, whether it’s watching wildlife on webcams set up by organisations such as the Royal Society for the Protection of Birds (RSPB) or the Scottish Wildlife Trust (SWT), or streaming classic and new movies and television series via BBC iPlayer or Netflix.

For housebound people, gaining access to internet shopping can help them to recover some of their independence.

Frank Ross, Rt Hon Lord Provost and Lord Lieutenant of Edinburgh, said: “It’s wonderful to see the impact of Tap into IT first hand. Not only do they teach new tech skills to older people, but the programme has also created a real community for everyone involved. Today’s event celebrates the invaluable support the Partnership has given to those who, thanks to this project, feel more confident and better equipped to participate in our increasingly digital world.”

Esther Wilson, Director of People and Place at Viewpoint, added: “In today’s world, not being able to or having the confidence to use everyday technology can isolate people.

“With the knowledge and skills that Tap into IT provides, our tenants can easily access information, online shop, and keep in touch with loved ones who live far away.

“Through the internet they also can enjoy hobbies and interests like bird watching, music, and reading.”

Building older people’s confidence in using websites is essential, with figures from communications regulator Ofcom showing that 20% of people over the age of 65 describe themselves as “not confident” online, much higher than the average of 7% across all age groups.

Managing personal data online is a specific concern, with nearly one in five people over 65 admitting they are “not at all confident”, according to Ofcom.

The benefits of older people gaining confidence are also born out by official figures, with data from the Office for National Statistics (ONS) revealing that adults aged 65 years and over showed the greatest percentage increase in online shopping over the past decade, tripling from just 16% in 2008 to 48% in 2018.

Online access for older people will remain an important topic as the population ages, with National Records of Scotland predicting that the number of people aged 75 and over will increase by 27% over the next ten years and will grow by 79% over the next 25 years.